Pyramid on the Prairie 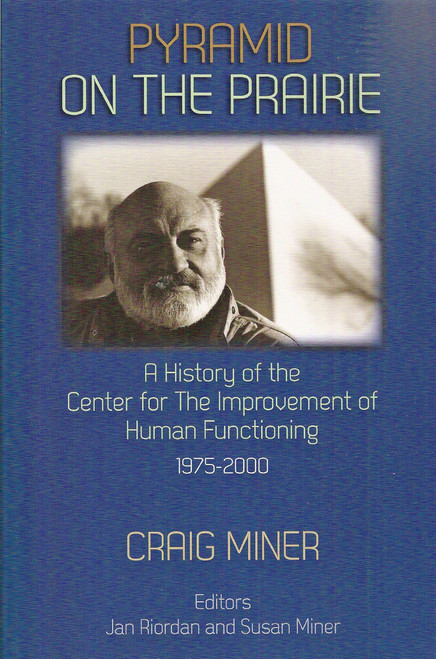 Pyramid on the Prairie

By: Craig Miner
Edited by: Jan Riordan and Susan Miner

In 1975 began a unique partnership between Dr. Hugh Riordan, a psychiatrist committed to a holistic approach to health, and Olive Garvey, the octogenarian businesswoman willing to back his vision. Their combined efforts resulted in the creation of the Center for the Improvement of Human Functioning, which pioneered its alternative approach to medicine despite fierce criticism within the medical profession, staunch resistance from the insurance industry, and outright skepticism from the public.

This is the story of the first quarter century of that work, written in anticipation of the Centerâs 25th anniversary in the year 2000 by Kansas historian Craig Miner. His research included poring over years of correspondence and newsletters and conducting hours of interviews with Dr. Riordan, Mrs. Garvey, and the Center staff. Death claimed Olive Garvey in 1993, Hugh Riordan in 2005, and Craig Miner in 2010. The families of all three agree that the story should be shared, as intended, and this book is the result.

The Center lives on as the Riordan Clinic, continuing the mission, the name, and the vision of its founding director and honoring the memory of its most loyal and generous supporter. The latest news on the programs and services offered by the Clinic may be found on its website: www.riordanclinic.org

by Hugh Desaix Riordan, M.D. | Published: December 1988 | Length: 102 pages This book could just as accurately have been titled “One person can make a difference” or “Burn him at...

by Hugh Desaix Riordan, M.D. | Published: January 2005 | Length: 259 pages Prior to his death in January of 2005, Dr. Riordan had practiced clinical medicine for nearly 50 years. Having served as a...

by Hugh Desaix Riordan, M.D. | Published: September 1989 | Length: 100 pages Medical Mavericks, Volume Two will continue what Volume One started. It will raise the eyebrows of most, make others...